WARNING: This game contains gore and mild body horror of animals and people. The game is a work of fiction and no real animals or people were harmed. Coarse language is also present. Discretion is advised.

[!] Web build takes some time to load for the first time. Downloads are recommended

Lamu is very hungry! Explore the forest for living fruits and feed Lamu to fill up that big stomach! I'm sure the fruits would not mind being fed to Lamu! They are all willing to help their new friend!

Don't run from Lamu! Lamu WILL get you.

Thank you for keeping this game free, other games would charge money once they became popular.

Was scared I kept going on and off and used the pause menu constantly cause I was to scared. Great game.

true purpose of the pause menu

WHY I CANT GO IN THE CAR?

lamu always gets you!

the driver door's on the right side :)

thanks for the support!

this game  is awesome, I love it.

Though it would be boring, I was wrong.  So funny

Reply
The Red Room22 days ago

This game was great! Love the transition from innocent children’s flash game to disturbing horror experience. Keep up the awesome work!

mm that shouldn’t happen, do u mean after leaving the cave?

thanks for covering the game!

cool game i got the 3rd ending

il try and get the other 2 endings soon 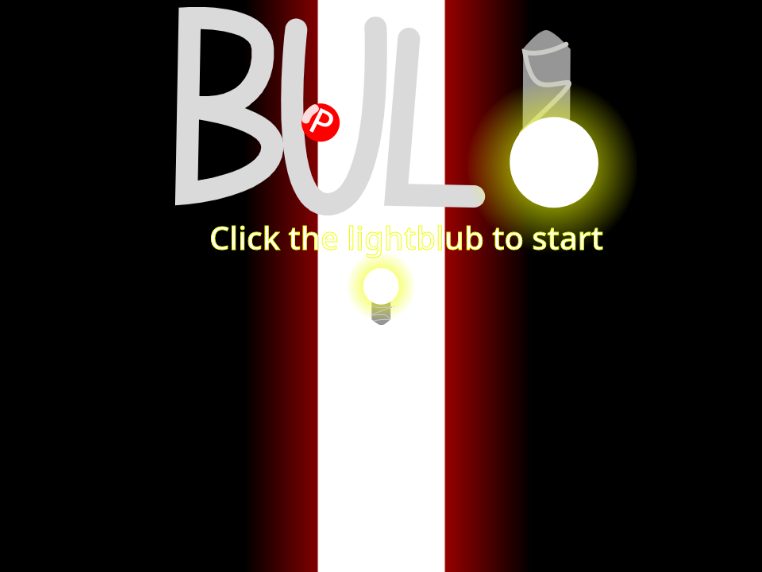 plz try my game. i just made it https://codisttank115.itch.io/bulb

awesome game. i loved the end and the two story aligned. I got the good ending.

yea web doesnt have full screen but the download will be :)

The vibe and sounds from Lamu scared the crap out of me!

HOW DO U GET THE THIRD ENDIN

go back to where it all began

bro lamu why did you decapitate my friends?!?!? THAT WAS MY JOB! YOU WERE SUPPOSED TO WAIT IN THE WHITE VAN.

u can pass thru some of them :(

ok so first of all this game is perfect because it takes a spin on horror that most games do not let me explain so the first part of the game I would like to label as the pyro land segment as lamu and pyro both have very similar characteristics as in they both see the world as a cartoonish or childish land filled with dreams and rainbows while they are literally the chaos bringer. so now that that's done the second part of the game puts you into the hunted's perspective or the opposite of Lamus where everything was gleamy and cheerful is now baron and dark as you first discover the dog's corpse it shatters the barrier between Lamus vision and your vision making a perfect scenario that brings in a good horror aspect. now the story it isn't to clear what the story is, but I've been trying to piece it together through the bits and pieces. ok so the story starts before the game a mad scientist I forgot the name decides to pull a human-animal experiment in order to create something that once had its DNA extracted could cure diseases like cancer, but the result is a lot more deadly than anticipated and the experiment escapes while still turning into lamu he keeps a few children's books on llamas (I still don't know why) as well as a newspaper of the accident writing on the back in blood or crayon basically saying your responsible for this (aka turning him into lamu) now after a while the transformation is complete and lamu has made the cave in lamu park his shelter where he keeps his stories and food (corpses of his victims) until one day a group of four people and a dog decide to stay at the park for some sort of challenge and soon lamu gets hungry after not eating enough berries and decides to kill the dog (put him to sleep) and feast but is still not hungry until he sees three of the four person group (who I assume scattered at the sight of lamu) and then one by one he eats their heads and soon the last person gets done by the tree ( I  assume checking twitter or something) and now this can go 3 ways either they can escape and run over lamu in the process killing the abomination, second one is lamu has broken the car and gets a full course, third way is that they stumble into his home and read about the accident before lamu finds them and lamu doesn't like uninvited guests. that's all I got if I missed anything let me know but this was really damn fun to play, and you did a good job on the horror and story honestly 10/10

woah thanks for the in-depth review ;O

There is a torch in the map.Just find it.

I looked all over for thirty minutes… huh.

Maybe something's wrong.I didn't even use five minutes finding it out.

Maybe I'm just dumb, but I can't find Mochi. Please help. EDIT I found Mochi, and then I found a body. But then, Lamu just appeared in the distance and teleported away.

hope u finished it :D

I was going to, but my stupid fat fingers powered off my laptop! From what I played, it was a great game though.

Bruh I was not expecting that. When playing I was like Aww this is cute! and checked the description confused since it didn't feel like there a horror vibe? Then when waking up I was like ah....Very nice game!

Destroying the car was really funny. I figured they wouldn't be able to drive away then.

This game caught me off guard 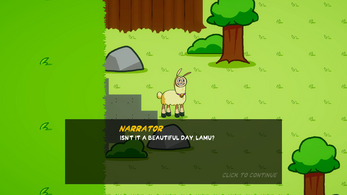 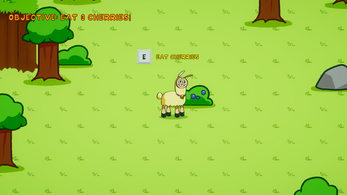 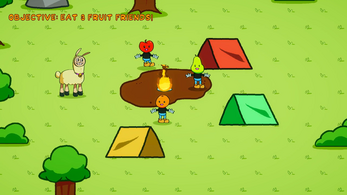